They’ve broken records set by the Spice Girls, have sold 50 million records around the world and their songs have been streamed billions of times. Not bad for a girl band who were put together on The X Factor nearly a decade ago.

But now Little Mix are turning the tables by launching their very own singing contest, one that offers a fresh look at the genre while also, hopefully, reversing the recent downward ratings trend in TV talent shows.

The shiny BBC1 Saturday-night show Little Mix: The Search follows a familiar format of closed-room auditions with the singers critiqued by group members Jesy Nelson, Leigh-Anne Pinnock, Jade Thirlwall and Perrie Edwards, followed by a live round in front of a studio audience as the singers get whittled down.

Little Mix, who were the first band to win The X Factor in 2011, have their own experience standing in front of a panel of judges, so can empathise with a succession of nervous wannabes. In the show, they are endearingly warm with the contestants.

But what their reality show background also means, crucially, is that they know how to avoid the tropes and tricks of a genre that has become so tired and cynical in recent years that viewing figures have fallen off a cliff: the last X Factor series, a spin-off called The X Factor: the Band, failed to reach three million viewers last year.

“I think the problem is when it’s like a script,” says Thirlwall. “When they’re like, ‘This is going to be a sob story,’ then they’ll stop the song halfway through and ask if they have something else. We got so used to seeing that, it lost its authenticity.

“The minute it doesn’t seem real, you switch off. How am I meant to believe in it any more?

“I could literally write it myself and tell you what’s coming next. So when we created The Search we wanted to make sure it was a new dawn of reality TV where authenticity is key. You can’t lie to people. People aren’t stupid any more about the smoke and mirrors.”

We’re only a few minutes into the interview and I’m already surprised by the honesty. It’s not even a thinly veiled attack, and it’s punchy considering the girls were created by The X Factor and Simon Cowell, whose record label Syco signed them as part of the winner’s deal. However, Little Mix and Syco parted company in 2018 over a row about musical direction. Usually when pop stars leave Cowell’s record label, they insist it’s amicable and thank X Factor for their big break. But Little Mix don’t want to play by the rules.

“At the beginning we were so scared of p***ing anyone off and damaging our career, so we did what we were told,” says Thirlwall. “We didn’t even realise we had a choice, it was pitched as not having one, so you sign what you are told to and you go along with it. As the years went on, we started to realise we didn’t like that.

“It took a while for people to not see us as little girls. We are [physically] small and look quite young, so it took some time for us to be able to say ‘no’. I remember in one meeting with one of the head guys and I tried saying, ‘Can we just come to some kind of compromise here?’ and he was like, ‘How dare you? It’s not about compromise, this is what we are doing.’

“I left that meeting crying my eyes out and ringing my mum. It took a while to be like, ‘Actually, f*** you. I’m just as entitled to an opinion as you are.’ The industry is very much dominated by older men and for a while we did feel intimidated by it. The minute we started to say ‘no’, a weight was lifted off our shoulders.”

Cowell publicly blamed the split on Little Mix’s management team, Modest Management, and insisted the band themselves are “the hardest-working girls I’ve ever come across; they deserve everything they’ve got”.

But clearly the row bothered him, because when he got wind that The Search was due to air early in 2020, he rushed to put on The X Factor: the Band on ITV in December last year to try and spoil the impact. It didn’t work: firstly, The Search got delayed until now due to COVID-19 and secondly, Cowell’s show was a flop. The X Factor is currently being rested and won’t air this year in any capacity.

Little Mix rather wisely refuse to get into a war of words about the rival shows, but Thirlwall says, “I think with Simon it’s all fun and games. We’ve got no personal vendetta against him. We moved on and, to be fair, over the years we didn’t actually see him that much. We’re not ones to hold grudges.”

When I put it to them that the previews of The Search would suggest they may win the battle, Edwards says, with a mischievous grin, “The best revenge is success.”

The Search is energetic, colourful, and great fun. There are no comically bad singers; in between auditions the band show off their chemistry by larking about, eating sweets and playing with their dogs. The whole thing is utterly charming, but deceptively casual. The truth is, after a fairly traumatic start to their own careers, they’ve put in a huge amount of work to make sure the format is friendly.

I first met Little Mix in 2012, six weeks after they had won The X Factor, and I tell them now that I could see the terror on their faces as they settled into their new lives. Nelson nods. “I just remember being taken into a room and being given our schedule for the next year and we were like, ‘Sorry, what?’ It was like your life was taken away. Not that we are complaining about that, but you do get thrown into it without a second to think about anything, which can be a lot to deal with. 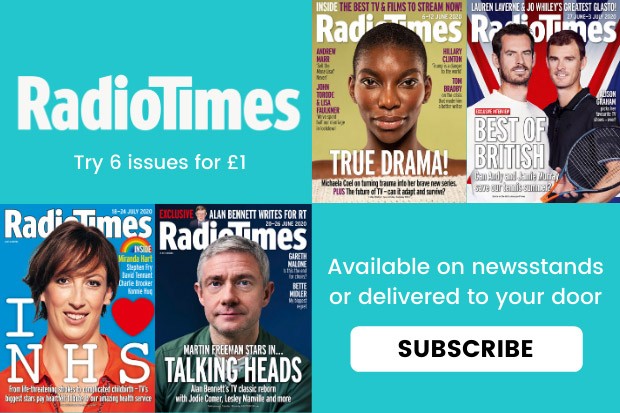 “Our aftercare for these contestants is so important to us because we didn’t really get that. We never had anyone checking on us to see how we were doing mentally, it was all just go, go, go. I personally don’t feel like there was anyone who cared.”

Singer-turned-actor Billie Piper recently told Radio Times she is still suffering trauma sustained from becoming a pop star at the age of 15: I assume Little Mix can empathise? “When we won, we weren’t even allowed to spend time with our families to celebrate,” says Pinnock. “There’s a lot more awareness now about mental health, but people still just see the pop, the smiles and the stage, and they don’t really understand what goes on. I kind of wish there was a lot more help along the way.”

Nelson has already spoken out about her own mental health: in her award-winning BBC documentary Odd One Out last year, she addressed the cyber-bullying she suffered and its effects on her, including a suicide attempt. “I was hiding how I felt for such a long time,” she says now. “I couldn’t speak about it without crying so I buried it in the back of my mind, which made it ten times worse. I didn’t even know I was depressed.

“Eventually I got over it and I just felt it was really important to tell my story. We never set out to be role models, but I’m glad it had some kind of impact on people.”

Now Pinnock is making her own BBC3 documentary about Black Lives Matter and her experiences of racism. “It’s so important for me to use my platform and reach a wider audience,” she says. “I wouldn’t be doing the Black community justice if I didn’t. It’s daunting and, especially talking about race, I’m scared of saying the wrong thing. I’m putting myself on the line. But we can’t be scared of having these conversations any more.” 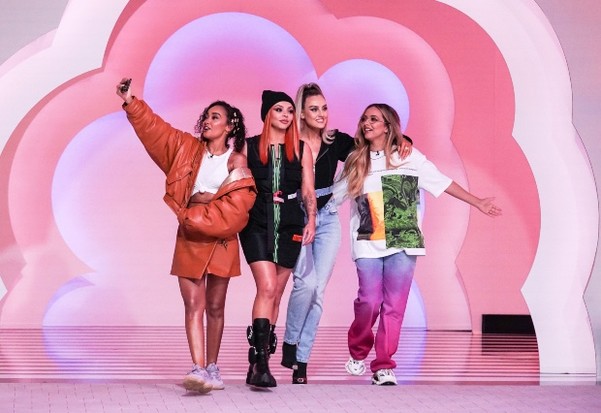 From their earliest days on The X Factor, Little Mix have been heavily scrutinised. People are particularly obsessed with what they wear: does that bother them? “We have grafted, we write our own music, we are great performers – we put our life and soul into it,” says Edwards. “So when people say, ‘Why are they wearing that?’ you just want to say, ‘Did you hear the vocals? Did you see the performance? Did you see how much went into it?’ It’s just annoying. If a guy took his top off and rain poured down on him, everyone would be like, ‘Woo!’, but if you’re a woman you can’t do stuff like that. Well, why can’t you?”

Adds Thirlwall, “We’re very much in a patriarchal society and it’s tough manoeuvring within that, but if someone is all, ‘You shouldn’t wear that tiny leotard,’ then I will put it on again, and again, and again.”

You have to think that whoever wins Little Mix: the Search will be in very good hands with this lot to steer the start of their career. What’s their best advice to the next generation of young wannabes?

“There’s something quite powerful about four strong women walking into a room and being in control of their own career,” says Thirlwall. “So it’s really important for us to make sure that the contestants, when they leave the show, have a lot more say in what happens to them. We will be there to support them, not tell them what they should do.”

This interview originally appeared in the Radio Times magazine. For the biggest interviews and the best TV listings subscribe to Radio Times now and never miss a copy. If you’re looking for more to watch, check out our TV Guide.

IMF: External Demand for Japan to Pick Up in Second Half – Bloomberg Markets and Finance