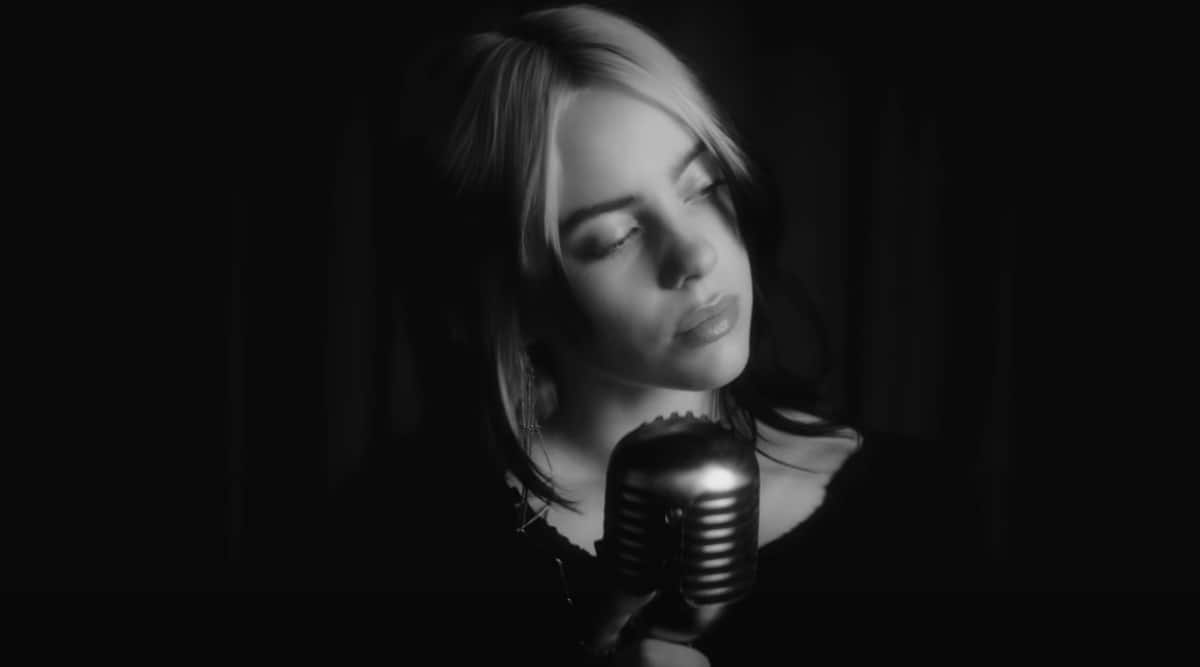 The music video for Billie EIlish’s No Time To Die is out now. (Photo: Billie Eilish/YouTube)

The video for Billie Eilish’s No Time To Die song is out, and it matches the haunting melody with the right kind of visuals from the Daniel Craig film.

In the video, it is hinted that Craig’s 007 will be deceived by Lea Seydoux’s character.

After releasing the audio of the song in February, the single had become quite a fan favourite, but that was back when the film was still releasing in April. With the James Bond movie now releasing in November, this video generates just the right kind of interest in the film.

As with the previous two theme songs of Bond films – Adele’s “Skyfall” and Sam Smith’s “Writing’s on the Wall”, this track too has impressed fans and could be a contender at the Oscars.

Known for tracks like “Bad Guy” and “When the Party’s Over”, Billie Eilish is the youngest artiste to write and record a Bond theme song at 18. She co-wrote the song with her brother Finneas O’Connell.

No Time To Die is the last movie to feature Daniel Craig as James Bond. The film stars Rami Malek as his nemesis. Directed by Cary Joji Fukunaga, the film releases on November 20.

Much Like a Firework, Katy Perry Creates Sparks in Her Home Choices

The Best and Worst Dressed at the 2020 Billboard Music Awards – RADIO.COM