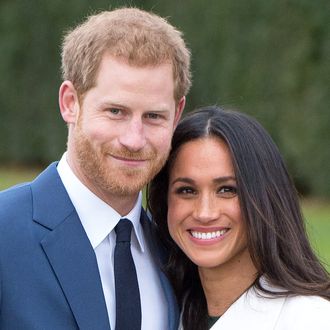 Their move to Santa Barbara (the setting of the greatest show of all time, Psych) is looking better every day. Meghan Markle and Prince Harry have won a battle against their ongoing war with the paparazzi, with photo-news agency X17 issuing a public apology to the couple for taking photos of their young son, Archie, on their private property in July. Per the New York Times, X17 utilized drones and zoom cameras in order to get cute photos of Archie playing in the backyard at the couple’s rented Beverly Hills estate. X17 subsequently sold the photos, which also featured Archie’s grandmother, Doria Ragland, to a German publication, an action that spurred the couple to file an invasion-of-privacy lawsuit.

After several photo-news agencies were subpoenaed by Markle and Harry’s lawyer, X17 admitted to being the source of the photos. “We apologize to the Duke and Duchess of Sussex and their son for the distress we have caused,” X17 said in a statement. “We were wrong to offer these photographs and commit to not doing so again.” The Times also stated that X17 has agreed to turn over all of the photos to the family, destroy any copies in its archives or databases, pay some of the couple’s legal fees, and never again take photos of the family “in any private residence or the surrounding private grounds.” Meanwhile, the Santa Barbara sunshine is finally rubbing off on the couple: They were spotted publicly on October 8 for the first time in months, dining out with noted Republicans Katharine McPhee and David Foster.